What is the value of brands and patents?

For the first time, standards made in Austria permit harmonised valuations world-wide. Brands and patents as measurable assets for shareholders and stakeholders as well as the importance of intangible assets in the sale or mergers and acquisitions (M&A) were in the focus of a press briefing that took place on January 11th, 2011 in the Customer Area of Austrian Standards in Vienna.

Together with experts of the Austrian Patent Office and the European Brand Institute as well as financial analysts, patent attorneys and lawyers, Austrian Standards pioneered the introduction of ÖNORM A 6800 on brand valuation and ÖNORM A 6801 on patent valuation. These new, innovative and generally applicable standards were presented to the interested public.

Up to now, it was almost impossible to valuate intangible assets for financial reporting or for comparisons. Highly different valuation models frequently only focused on behavioural or technological aspects or exclusively took account of financial transactions and reporting. For this reason, the two Austrian standards ÖNORM A 6800 and A 6801 were developed that, for the first time, permit harmonised, comparable and holistic valuations.

DI Dr. Karl Grün, Director Development of Austrian Standards Institute: „In today’s modern economy, intangible assets are of increasing significance. These assets — which also include brands and patents — need to be managed optimally to score sustained success. However, if you can’t measure it, you can’t manage it! Therefore, it is important to determine the value of brands and patents in a reliable, transparent and traceable way.“

Being a partner of the economy, Austrian Standards makes efforts to create innovative tools that give Austrian SMEs a distinct competitive edge and enable them to participate in the international market because, as Karl Grün explained ”those who have the standard, prevail in the market.“

In 2006, Austrian Standards already presented the first normative document on brand valuation world-wide: the ON Rule ONR 16800. Based on this pioneering document and the International Standard ISO 10668, ÖNORM A 6800 was eventually developed. Thus, the standard on brand valuation that was issued on 1 December 2010 brings these two documents together and, in particular, is also suited for use by small and medium-sized enterprises. ÖNORM A 6800 specifically addresses persons responsible for managing brands (brand portfolios) in companies, but also service providers active in the fields of market communication and advertising, financial analysts and lawyers.

Karl Grün:„It is not the size of a company that is decisive for brand valuation, but rather the purpose of valuation, which may range from the provision of information to the management, strategic planning and financial reporting to business liquidation and support in litigation.

The 48-page ÖNORM A 6800, which is available both in German and English as a hardcopy (EUR 190) or in the PDF format for downloading (EUR 152) from the webshop of Austrian Standards, explains the valuation process, general requirements such as transparency, validity and completeness, and additionally contains helpful annexes, e.g. an example on the valuation of a brand from the consumer goods sector, methods for determining the influencing factors for the brand indictor coefficient as well as information on how to improve performance through brand orientation.

Brands are worth millions

„The two standards ÖNORM A 6800 and A 6801 allow you for the first time to valuate frequently underrated assets in a standardised and objective way,“ states Karl Grün. The relevance of intangible assets such as brands is highlighted by the following figures: According to the recent “eurobrand2010” study, which analyses 3,000 brands from 24 countries every year, the most valuable brand world-wide is held by the French LVMH Group and has a brand value of 27.638 billion euro. In Austria, the brand Red Bull is ranked first with a value of 11.97 billion euro, followed by the Swarovski Group with 3.385 billion euro and the Raiffeisen bank group with 3.061 billion euro. Rank 10 of Austrian top brands is held by the Vienna Insurance Group with a brand value of 1.028 billion euro.

Brand expert DI Dr. Gerhard Hrebicek, MBA, Executive Director of the European Brand Institute, explains: „To make a brand strong, you first of all have to know its strengths. This requires the continuous measurement of individual brand parameters (in brand balance sheets or brand health checks), as well as the periodic measurement of the value of relevant external brands.“

Being the chairman of the 12-expert group „Brand and patent valuation“ of Austrian Standards, Gerhard Hrebicek is highly familiar with the advantages of ÖNORM A 6800 and A 6801: „The two new standards lay down harmonised and reliable methods for valuating brands and patents. The aspects of law, market and finances plus behaviour for brands and technology for patents are integrally considered in valuations.“

With regard to legal aspects, for example, brand rights and their ownership are valuated. Behavioural aspects, such as image and reputation, are also taken into account as they influence the brand value and the related competitive edge to a major extent.

The standards ÖNORM A 6800 and A 6801 are specifically aligned with relevant OECD guidelines and IFRS reporting standards. „Thereby, the standards contribute to raising certainty for financial institutions and other stakeholders since intangible assets are particularly valuable as a collateral for loans, for ratings and IP companies,“ explains Hrebicek.

The relevance of the two standards is also confirmed by Mag. Dr. Friedrich Rödler, President of the Austrian Patent Office, where applications were received on a total of 3,485 inventions (resulting in 2,557 patents) and approximately 8,300 brands and designs in 2009: „The ÖNORM standards on patent and brand valuation create an important additional instrument that is of enormous importance for the economy as it provides specialised expertise for the monetary valuation of an invention or a brand.“

Issued on 1 January 2011, ÖNORM A 6801 that was designed and developed in analogy with ÖNORM A 6800 is the first standard on patent valuation world-wide. It is 30 pages long, available in German and English at a cost of 99.20 euro for the downloadable version and 124 euro for the hardcopy. It contains information on fields of applications, the valuation process, quantitative and qualitative assessments as well as requirements to be met by valuation reports and expert opinions. Moreover, practice-oriented examples are provided in the annex.

A new understanding of value creation by financial institutions

In recent years, intellectual capital increasingly developed into a decisive business factor for enterprises since it not only strengthens competitiveness but also promotes growth in diverse industries. Capital market experts currently work in Europe to develop enhanced valuation models that are to take more account of intangible assets than before. As a result, it will be possible to adjust investments in the medium term better to these specific contributions to the economic value added and the related value creation processes in individual industries.

„In the context of other types of intellectual capital — human capital, strategies, R&D, innovation, networks —, the valuation of brands and patents has gradually been integrated into corporate reporting already during the past 15 years. The European Federation of Financial Analysts Societies (EFFAS) considers this to be a significant development also with a view to the financial markets,“ says Mag. Alexander G. Welzl, Chairman of EFFAS’ Commission on Intellectual Capital (CIC).

In today's idea-driven economy, intangible assets, and brands in particular, make the difference for consumers, including businesses and markets. Brands make up a significant portion of a company's market value. 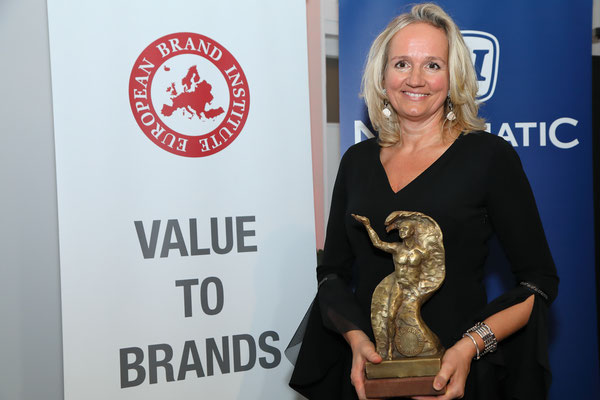 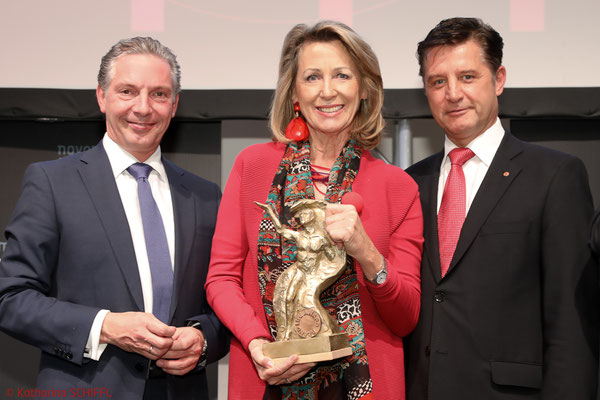 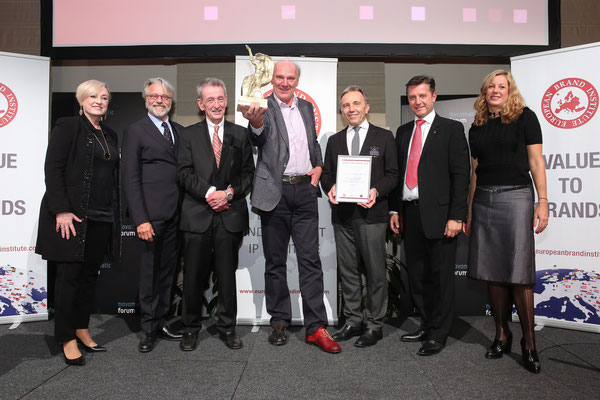 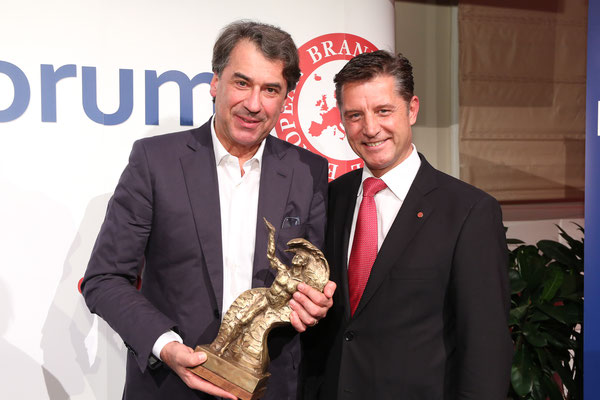 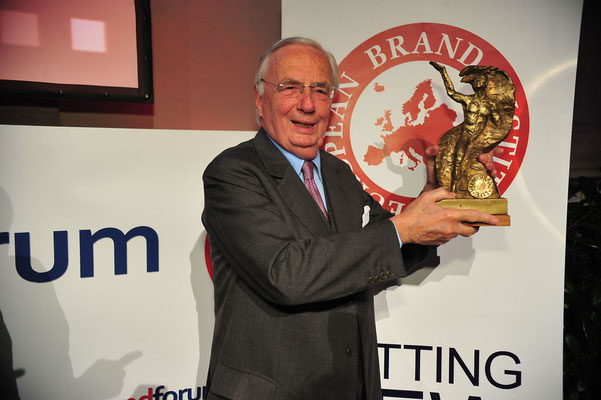 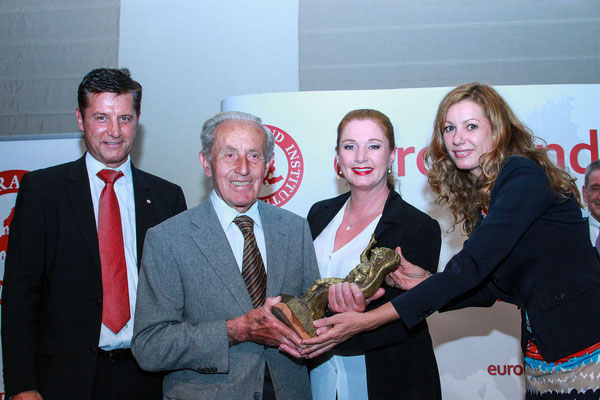 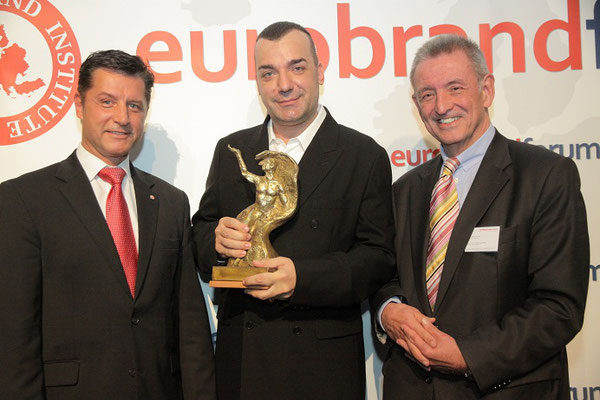 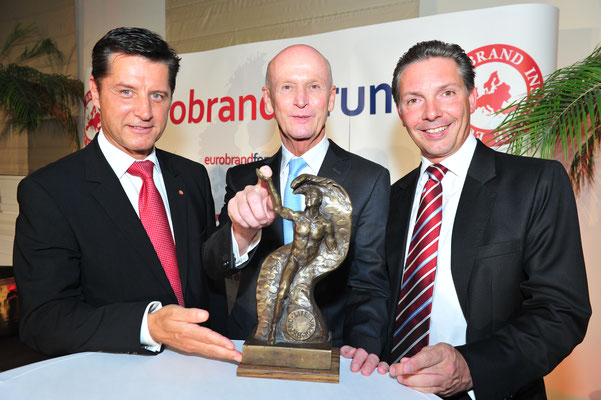 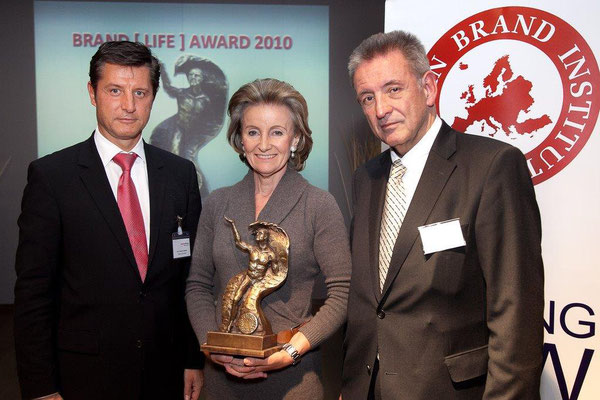 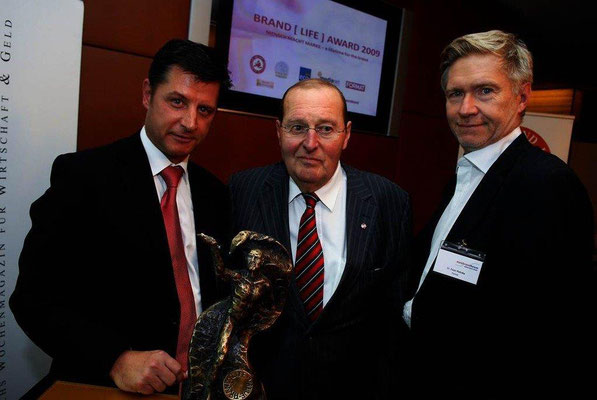 The International Organization for Standardization (ISO), leader in setting international standards, has brought together specialists from around the world – including Dr. Gerhard Hrebicek, President European Brand Institute and chairman of the ISO Development Committee, to publish ISO 20671, a global standard for brand evaluation designed to grow brand-owner value.

The publishing of the standard is the beginning of a new era, as for the first time there is a standard, which describes the brand in a holistic way and covers all its aspects.

One of European Brand Institute´s initiatives based on the new standard is Certified Brand. Certified Brand is the first international seal of quality for valuable brands. It shows the value and future viability of a brand and it confirms all stakeholders that the brand management is capable implemented.

Find out which companies have already been certified here!